Dubai is a city, where all buildings compete with one another in their size, height, form and interior decoration. Every next building is unique. The most unusual and ambitious projects are realized there. Of course, the fantasy goes far. Nevertheless, there are many territorial circumstances that must be considered: wind, sand and hot sun. The history of Dubai architecture speaks that the most popular materials for construction were big shells and coral reefs. The ceiling of the houses is made of redwood, taken from the Eastern Africa. People used clay and gypsum for building. 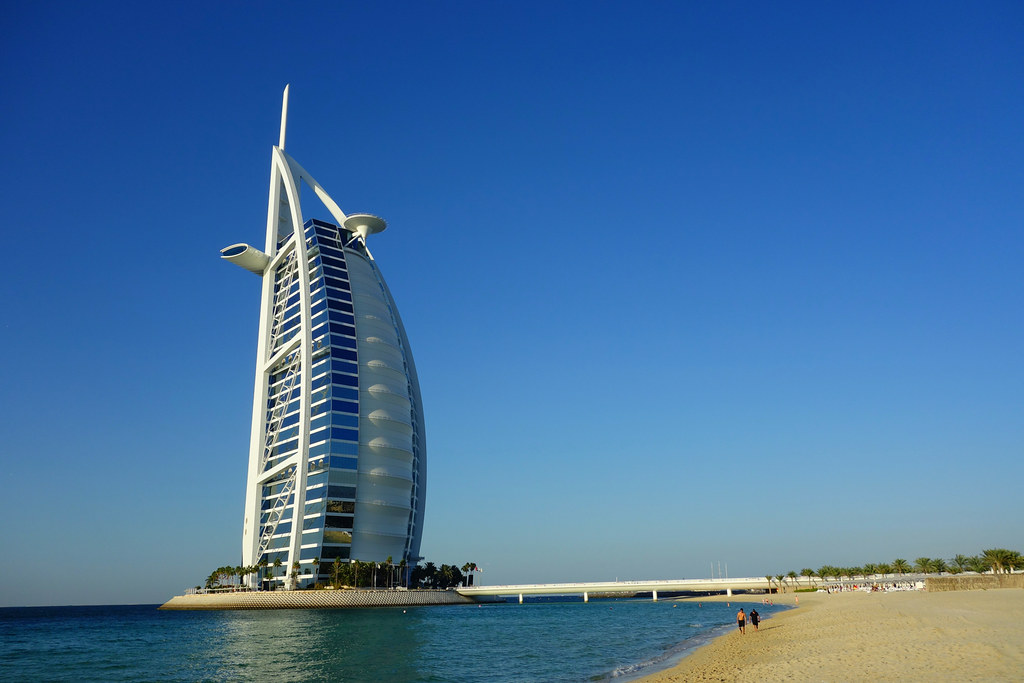 DIFC is Dubai Wall Street. The International Financial Center in Dubai occupies the territory of 45 hectares. The central building of the complex is called Dubai Gate. It is 15 levels. There are many offices, hotels, restaurants, shops, art galleries in the complex building.

This is the famous Sail. The chic hotel is situated 280 meters far from the seashore on an island that was specially created in the sea. You can get there by bridge. The hotel is 320 meters high. The building was constructed in 1999. There is a hotel complex Madinat Jumairah not far from the building of Burj Al Arab. This is a little town, consisting of shopping center, villa, restaurants, trade streets, gardens, channels and boating stations. What a beautiful view to Burj Al Arab.

Meet the highest building in the city and in the world – Burj Khalifa. This is the main city sight and symbol of Dubai. The building was opened in 2010. It is 800 meters high, 163 levels. Burj Khalifa is a big vertical city. There is no concrete address in this building. This is already the address for many city points. There is a hotel, apartments, restaurant, night club, offices and observation points inside. 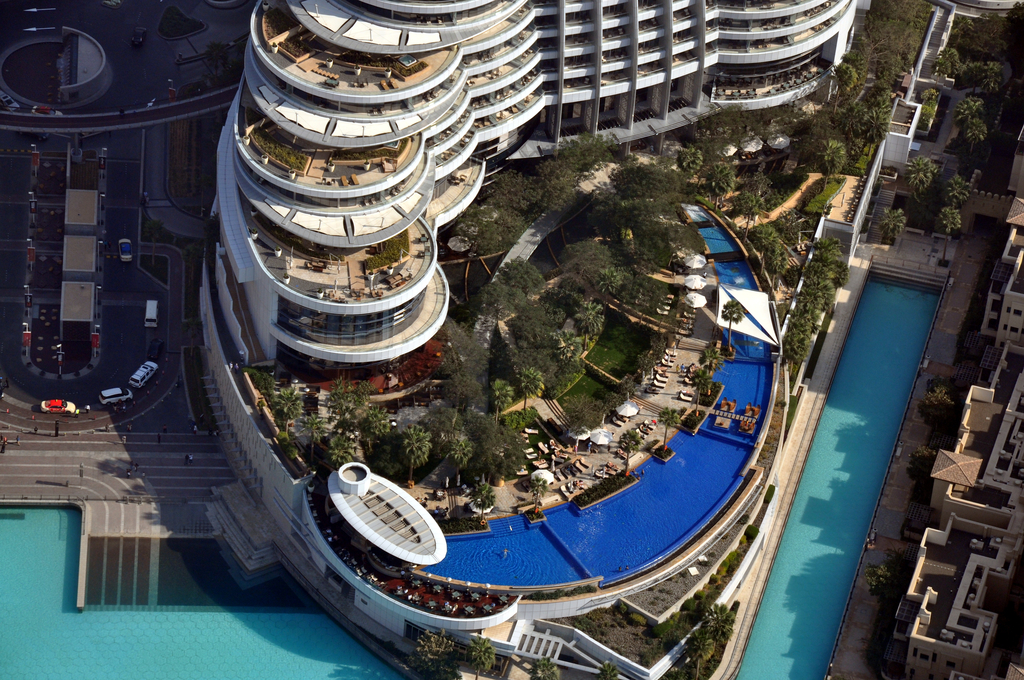 The Hotel Armani was designed by Giorgio Armani. It occupies 1-39 levels of the building. The flats are situated in 44-72 levels and 77-108 levels. There is level that was bought by the Indian millionaire. You can find office building in 111-121 levels, 125-135 levels and 139-154 levels. The level of 43 and 76 welcome you with swimming pools, fitness centers, Jacuzzi, observation points. The main observation point is situated in the level of 124 (470 meters). There is a restaurant in the height.

The area of the biggest trade center in the world – Dubai Mall, is 1.2 millions square meters. The trade area is about 350 000 square meters. You can see the beautiful view from the observation platform of Burj Khalifa to the central road – Sheikh Zayed Road with the skyscrapers on it: Rose Tower, Index, Dusit Thani.

Look at this building! It is net-covered! This is the most interesting and unusual architecture solution. The building is not high. It is 102 meters, but worth your attention. The most interesting part of the building is facade construction. It has special tubular form. There is a space about 1 meter between the facade and windows. It helps the hot air to go up and cool air to go down, cooling the building. The facade has more than 1000 holes of different sizes.

The project gained many awards: Emporis Skyscraper Award, 2009; ACEC prestigious award, 2010; The best high building in the countries of the Middle East and Africa according to the Council on Tall Building and Urban Habitat.

This is the first hotel that was built in the poured island in 2008. The territory is full of restaurants, night clubs. There is a big aquarium with sharks, huge cat fish, dolphins and tinkers. This is the biggest Aquapark in the Middle East. Come and see! 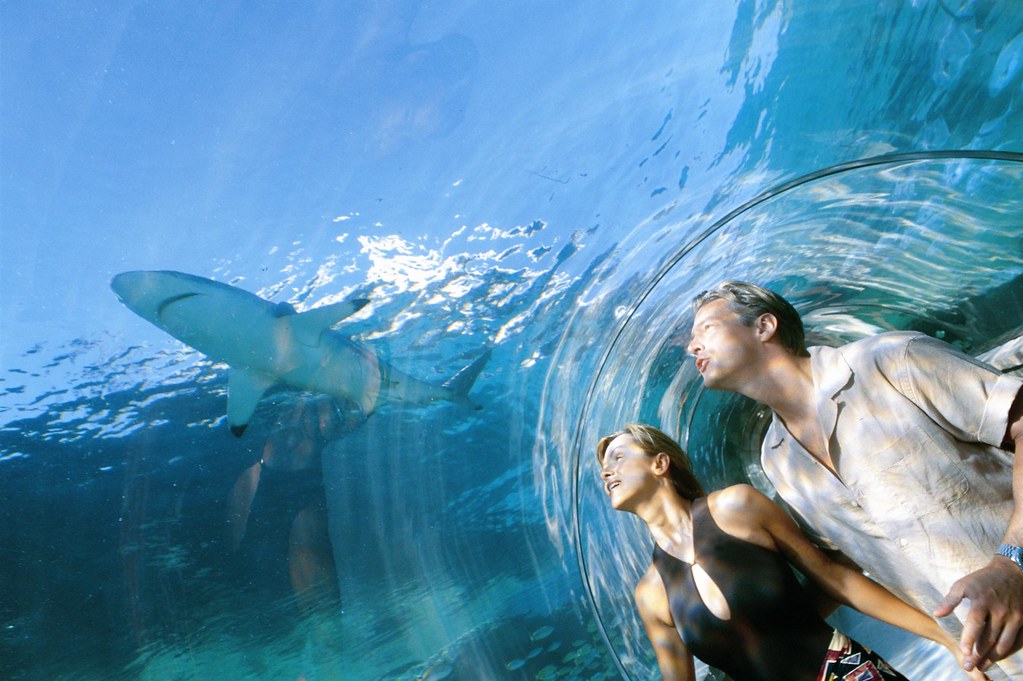 These twin towers of Dubai were opened in 1998. They are 102 meters high, 22 levels. There are offices, trade platforms, apartments here. Of course, they are not the top of the architectural style in Dubai, but impressive and worth visiting.

This is one of the first skyscrapers of Dubai. It is 125 meters high. The building belongs to the National City Bank. This is still the highest bank building. The building is shiny and mirrored.

Of course, Dubai is not the city of underground voyages. It is recommended to hire a car in Dubai and use it for travelling. The cars are chic as the city is. The metro is Dubai is mostly for tourists. You cannot see personnel or machinists here. The stations are decorated in one style – the style of the sea shell. Of course, they are different inside. There is a golden train in the metro. The ticket for this train costs half as much as for the usual train. Just women are allowed to come in.

This temple is situated in the historical district in Dubai. This is the pattern of classic architecture on UAE. The walls and windows are decorated with classic Arabian design. The wind towers play the role of air conditioning in the building. What an interesting practice. 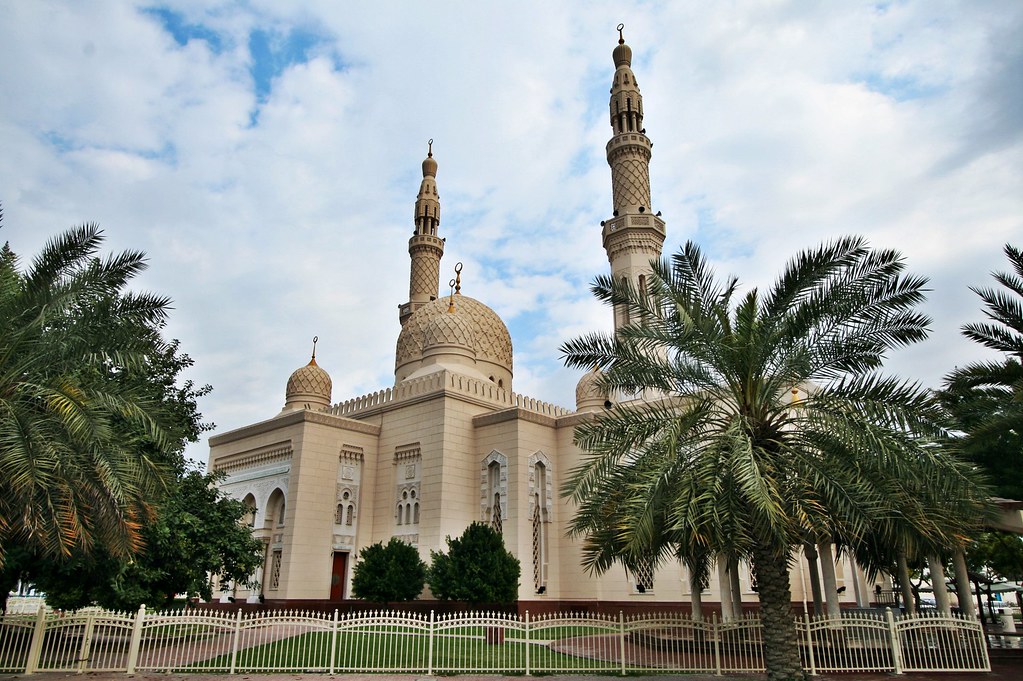 Dubai is a champion city in construction and architecture. It impresses with originality, modern style and elegance. The buildings are interesting and non-standard. Dubai takes the leading position in building activity. The new and new buildings arise every month. The ideas of Arabian architects are bright and creative: poured islands, the highest skyscraper, hotel- sail, hotel-city. What is going to be the next? This creative city boasts with glorious plans in building the new and new impressive architecture creatures. The year of 2025 presents about 3000 skyscrapers to the city. They are interesting to see in future.

Brief History Of osCommerce And Its Features

3 Tips To A Better Moving Experience

How to Improve Your Home Security System

How to Prepare for Major Home Renovations

These Everyday Chores Could Be More Dangerous Than You Think

Deciding Whether We Should Repave or Redone Damaged Driveway

A Guide To Damp Proofing: What You Need To Know

A Simple Guide To Using The Steamer Basket Of Rice Cookers