3 Famous Movies Made In Alicante

“The friendliest city in Spain” – that is the way Alicante is called in welcoming words on the city official website. It really has a surprisingly friendly atmosphere. This city is fine, fun and warm at almost any time of the year. You can find much more reasons to call this place “the best”, when you are travelling down the city, having used the car rental at Alicante Airport.

The travelers from all over the world payed attention to Alicante in the 60s of the last century because of well-preserved historical and architectural monuments of different epochs, mild Mediterranean climate and a long shore front. At that time, it was not only an important port, but also a popular resort. If you visit it once, you want to come again and again. Some places of Alicante could be even seen in several famous films. Here are three of them, which you might have seen. Watch them once again and look closer- they are partly filmed in this cozy, nice city.

The film was mad by Bosniac director Danis Tanovich. Filming took place from April to June 2008 in Ireland and such places of Spain- Alicante, Ciudad de la Luz, Valencia. The movie is based on the same name novel by American military correspondent Scott Anderson.

“Triage” is a pattern of the real European cinema. There is no ostentatious heroism, no excessive patriotism. There is only what the main character, Mark Walsh, sees with his own eyes, and this scene is terrible. The film tells about photojournalists, who work in hot spots. Risking their lives every day, they get material for society. The film begins in Kurdistan, in a makeshift hospital, where the wounded are ‘sorted’. The doctor of the field hospital is forced to kill seriously wounded in order to save the others. The Farrell’s character together with his colleague make pictures on this subject.

Colin Farrell reveals all the sides of his talent. The changes, occurring with his hero, are happening not at once, he managed to convey them in dynamics, gradually from adventurism to utter despair. The part in this European film has shown the work of this actor from the other side, his image turned out to be very deep- this is one of the best Farrell’s roles. Naturally, this film is not for gross audience. If you are a fan of action scenes, you may get bored. 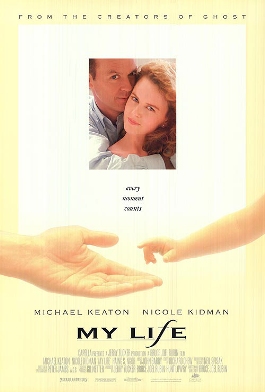 It is a psychological drama with the elements of tragicomedy. Though, the city of Alicante is seen at this just film for several minutes (when the main characters are sitting at the bus, just at the beginning of their trip- this place is just next to the Bull Ring of Alicante), we decided to add it to the list, as the film really worth seeing.

Bruce Joel Rubin, the director of this touching and melodramatic movie made his debut at the age of 50. The story tells about a successful businessman, who is going to die of cancer before he reaches the age of forty. The only hope of Bob Jones is to have time to film a story about himself, about his family and to give at this film the necessary advice to his future child. Fortunately, Bob managed to see the newborn son and to make peace with his parents and the younger brother, before he passed away.

The first half of this film is having dolorous humor, but the second part is overly maudlin. Michael Keaton, who was then more famous in the movie as a performer of the role of Batman, successfully coped with his almost the first dramatic role. The script is very rich in various events and interesting situations, while everything suits it harmoniously. Unhurried narrative does not accelerate, flowing smoothly like a rivulet consisting of many streamlets that are touching different chords of the people’s soul. To achieve this, the director uses a variety of methods: the excellent, sensual music, soulful actors’ work and competent camera work.

The main character should find the answer to the uncompromising question of his happiness, and, this answer should be found fast. Not readily, but he has a rapprochement with the family, which he, at times, even despised and was ashamed of. He now understands all the vanity and transience of existence, realizing the senselessness of domestic fuss and material values. Bob learns again to forgive and to love, just as the children learn to write letters in exercise books. He also attains the faith in God, from which he cynically fenced off earlier. His belief in the reality of miracles, performed with someone’s powerful (and, at the same time, very cautious and barely noticeable), help, completely covers his soul when his family achieves the old dream of his childhood.

Bruce Joel Rubin’s film “My Life” instills hope, assuring that everything will certainly come true, dreams will come true, the quarrels and misunderstandings will disappear, the perennial anger will resolve, and the deepest fears will recede. That all will be possible only if you want it yourself and do something for its implementation.

The shooting started on June 19, 2006 and for some time passed in the forest of Fontainebleau, but very soon, the film crew came to the studio in Alicante, where the Olympic stadium was already erected.

The most expensive French film at the history of cinema, and one of the budgetary European films. 78 million euros – this is a massy budget even for a major Hollywood movie. We can only envy the courage of the film’s creators, as it is intended primarily for European release. This is a good domestic comedy. A perfect representative of French movies with a huge budget and famous actors, beloved by many viewers.

The scenery is really rich and grandiose. As in the previous series, everything in the frame is very colorful. In the role of the main villain is Brutus, the son of Caesar is another contender for the heart of Princess Irina. In the role of Caesar is ageless, (like his character), Alain Delon. The creators used one more trend of modern entertainment cinema: the invitation of celebrities for the cameo role-Michael Schumacher and Zinedine Zidane, as well as the tennis star Amelie Mauresmo and model Adriana Sklenarikova, and, of course, familiar character of an architect from the second series. However, if, all the cameos serve only to amuse the audience, then Schumacher, as a German rider of four black horse-drawn red chariot, is a full-fledged hero of the whole story.

The film has a lot of fine, kind humor. Good mood and smiling during the watching are guaranteed.

Taking The Band On The Road? Here’s How To Keep Your Equipment Safe

10 Interesting Facts About The World Cup

Find Entertainment Right in Your Own Home

Why Fans Of Game Of Thrones Should Visit Dubrovnik

Warm and Friendly City Of Palermo

Amazing Dublin! 6 Most Interesting Sights To Impress Your Eyes

3 Rules of Indian Rummy Game You Should Never Forget